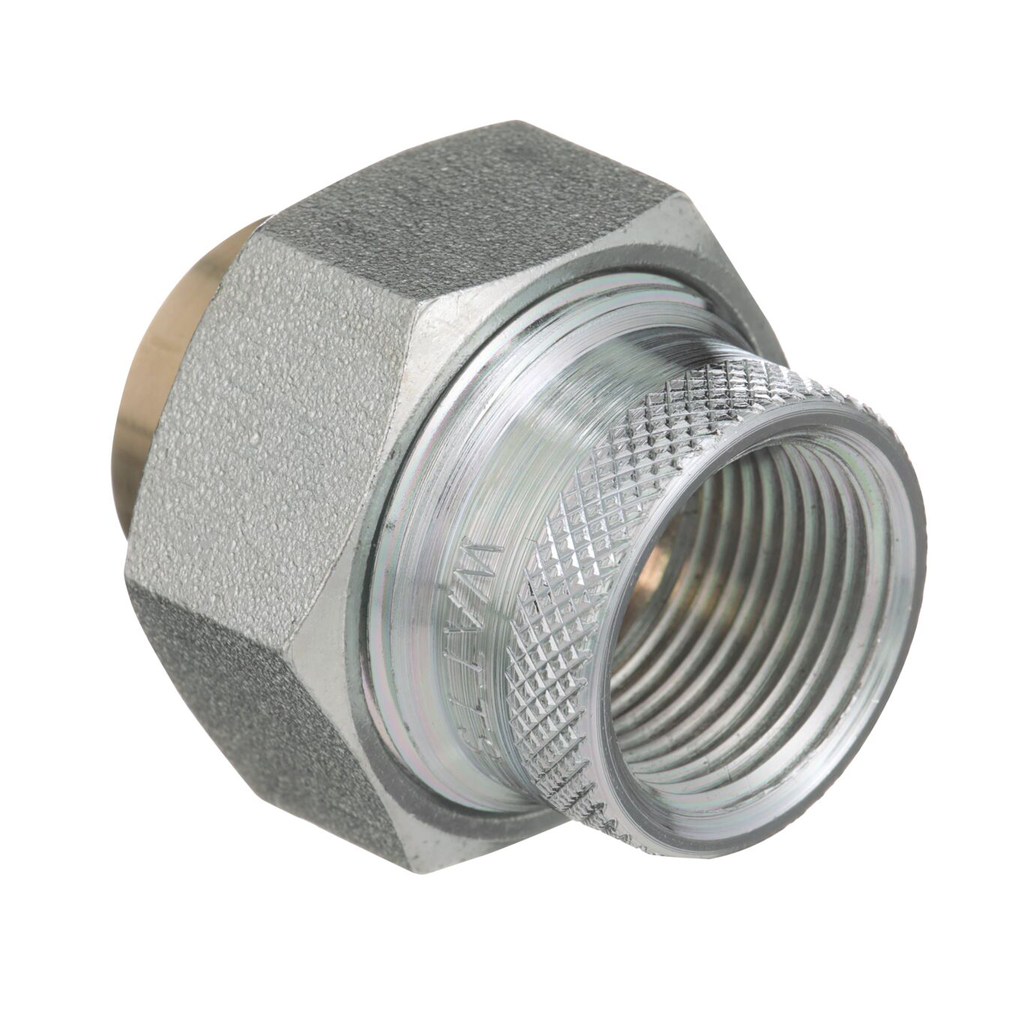 This 1 1/2 inch lead free dielectric union is used in commercial and residential applications to prevent accelerated corrosion and deterioration in the piping system due to galvanic and stray current. It is installed between pipes made from dissimilar metals and is used on applications such as hot water storage tanks, water and air conditioners, processing tanks, steam, gas, and water piping. It consists of a female iron pipe thread to solder connection, union nut, two tailpieces, and a Buna-N gasket that separates the tailpieces to prevent an electric current from occurring.